A Whole Lot Of Bull 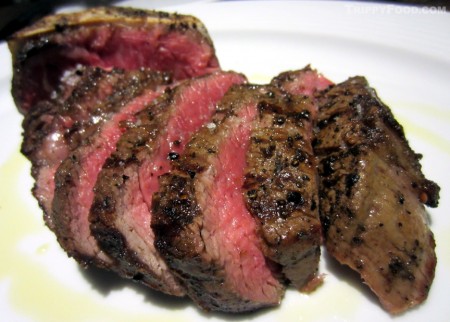 Michael Dene’s latest Long Beach-area venture in the space formerly housing Kelly’s of Naples launched only a few weeks ago, but is poised to introduce diners to the rare and powerful breed of cattle that lends its name to the restaurant, Chianina. These white giants are an ancient breed from central Italy that have been bred as work oxen for millennia based on their size and musculature but are rarely found in the United States. These colossi can grow as tall as 7 feet and pack on over 3,800 pounds (a 6′ 8″, 3,400 pound specimen ranched in Bradenton, Florida tours the county fair circuit billed as “White Mountain, the Giant Steer”), but because Dene’s beef herd is not as populous as the bovine stalags visible along I-5 in Central California, the restaurant is not yet serving Chianina beef. Orson Wells undoubtedly would recommend that no beef would be served before its time, and Chianina is not in a rush to bring this unique beef to the table until it has developed on the Utah ranch to where it is prime for slaughter. Because the meat is exceptionally lean (it is the beef of choice for the classic Italian dish, Bistecca alla Fiorentina), the carcasses are aged whole for weeks, resulting in a tender and flavorful animal with every cut. 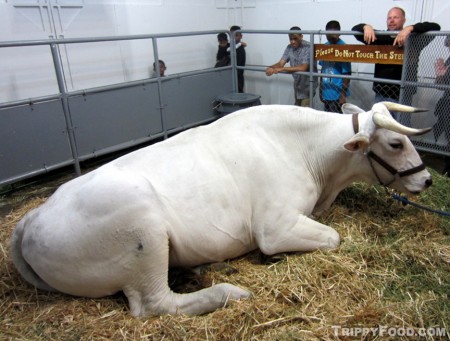 Until the herd is ready to harvest, Chianina is supplementing the menu with outstanding Piedmontese beef, an Italian cousin also low in fat and calories, and high in protein but with a dirty white coat. The daunting 42-ounce Porterhouse and 28-ounce rib eye may seem as insurmountable as White Mountain, but the cuts are meant to be shared – the rib eye will easily satiate two diners. The mildly seasoned and simply prepared beef is exceptional, melting in an ecstatic pool of saliva in your mouth; if the Piedmontese is capable of generating that kind of gastronomic arousal, you may want to accessorize your wardrobe with a pair of Depends once the Chianina debuts at the table. 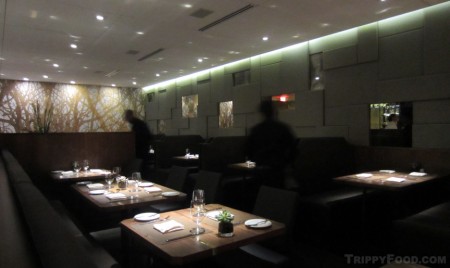 Chianina doesn’t diverge too far from the tried-and-true steakhouse path – the little black dress of salads, the classic wedge sports pomegranate jewels; firm root vegetables are accented with raisins and toasted almond. In addition to traditional meat offerings, Chianina also offers a decent oceanic selection including raw shellfish featuring a variety of oysters; razor clams can be ordered freshly shucked or in an amuse bouche with fennel that is reminiscent of East Coast baked stuffed clams. The risotto changes daily, so expect to find the creamy yet al dente pasta with accoutrements such as chunks of fresh lobster, black mussels and Manila clams. A pork belly appetizer could serve as an entry, porcine cubes sitting in a shallow pool of apple puree and lentils and crowned with wisps of fresh chicory and crunchy strips of chicharrón. 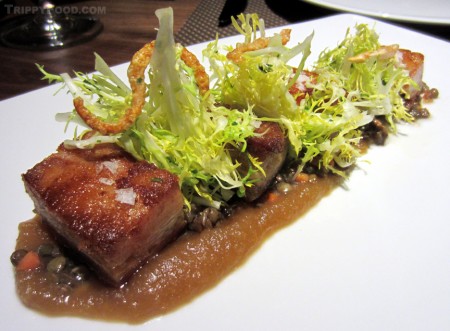 The restaurant can be forgiven perpetuating the recent Brussels sprout trend for presenting a dish of halved and near-caramelized roasted orbs sparingly accented with bacony pancetta and a conservative application of lemon. From what I sampled, there wasn’t a single throw-away dish or menu item that seemed like an afterthought; everything was fresh and representative of management’s penchant for using local farmers market produce and sustainable ingredients (such as the Jidori chicken). Artistic and not overly sweet desserts included a sturdy panna cotta and a chocolate cake that was more of a tribute to a chocolate lava-filled brownie. A separate menu is available at the bar, but when Chianina beef appears on it (as it recently did in the form of a burger), scarcity can be common.

For the time being Chianina beef is a coming attraction, but the current menu is more than adequate in providing a fulfilling opening act – the Chianina is worth waiting for, and that’s no bull.

NOTE: The cost for the food was provided by Chianina. The content provided in this article was not influenced whatsoever by the organizer of the event.