Selling Brazil by the Pound 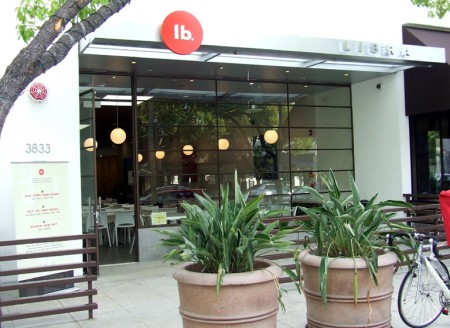 When I received an invitation to try Marcelo Ahn’s new Brazilian eatery, it was described as “Brazilian buffet”. I couldn’t get the image out of my head of a mutant cross between Fogo de Chao and Golden Corral or a Souper Salad with animals staked out over flames behind the sneeze shields. Fortunately for my sanity and my stomach, my fears were unfounded. Once inside the modern, gleaming eatery I was introduced to Marcelo who told me that he wanted to introduce people to the way people eat in his native São Paulo. As I stood near the front door speaking with him, my eyes caught a shallow sink with a hinged steel spigot next to where the plates are dispensed. Marcelo explained that in Brazil, sinks are placed at the front so that patrons can wash their hands prior to eating, a custom that seems to be lost to Americans. I was grateful to find out it was not there to wash your dish prior to use (not that I thought that, even for a second). The “buffet counter” runs the length of the restaurant, and there is an incredible variety of food that gets rotated on a regular basis. Brazilian cuisine is heavily influenced by European, African and indigenous cultures, and so I am told that it is not unusual to find items such as potato salad, couscous and insalata caprese on the menu. The food is served by the pound, and Marcelo states that the healthy amount of food intake is a decent mix of meat and buffet items weighing in at about a pound and a half. Latin scholars will have no problem linking the name (Libra) with its English translation (pound) and its abbreviation (lb.) which is an integral part of the logo and found throughout the restaurant, but I’m sure they still get asked what the restaurant has to do with astrology. As much as I am a big fan of a well-made potato salad, my unusual tastes lead me more towards poke salad, but the food was presented so incredibly beautifully that I had to try their take on some of the “normal” selections. The food was artistically arranged in clay bowls, and it was so attractive that I wanted to deliver a sharp smack at the back of the head to anybody who simply heaped the food on their plate. I would have done it, too, I swear.

A jumble of flavor on my plate

As I carefully arranged my selections on the plate I started to wonder where they hid the meat in this joint. I was also surprised that trays were available at the end of the buffet line rather than up front where the John Blutarskis of this world won’t leave a Hansel and Gretel trail of food morsels. Just past the case filled with beverages (including Guaraná Antarctica, a popular Brazilian soda) and deserts, cordoned off by a glass shield was Meat City. Selections of meat (which included Brazilian linguica, smoked sausage and chicken) were being cooked in what can only be described as an inverted foosball table from Hell, their fatty lifeblood dripping into the greasy depths below. Picanha (Brazilian top sirloin cap) and tri-tip were cooked to order on the grill, and the meat was placed on a separate plate. I had to try them all, but if your only acceptable vision of a Brazilian restaurant is the Americanized churrascaria with smiling waiters slicing never-ending quantities of lanced meat items onto your eager plate, you will be disappointed. Shame on you for being so closed-minded anyway.

I desperately searched for the oxtail and potato, but apparently the coach didn’t put him in that night, one of the drawbacks of a rotating selection. I sat down to savor the work of art I created and looked forward to some of the more unusual items. The little, square sausage tarts were eggy bites with little crumbles of sausage suspended inside; the polenta with ragout was firm and served in geometric blocks. I really enjoyed their take on collard greens – rather than a glop of leaves, it was finely shredded and quickly sautéed with garlic and olive oil – I almost mistook it for seaweed. An oddity that won me over was the mashed yucca. I have had yucca Caribbean and Colombian-style, fried in chunks, but there is no way that the uninitiated would be able to tell the version they served (made with cream and butter) from creamy mashed potatoes. Another South and Central American staple, plantains found their way onto my plate in caramelized form – freshly made (as a peek in the kitchen proved). Although the tri-tip was decent, it paled in comparison to the dark and juicy picanha (which I would have gone back for again if there wasn’t so much food). The chicken was moist and crispy on the outside, the sausage and linguica hot and flavorful.

Carol Ahn, chef at Libra By The Pound

I had an opportunity to sit with Cordon Bleu Chef Carol Ahn (sister of Marcelo) for a while and ask her about other dishes. She said that they are trying to source the unusual and traditional ingredients for the slow-cooked black bean and pork feijão tropeiro stew; her description sounded so good I demanded to be put on e-mail alert when they started serving it. I commended her on sticking to traditional preparations, and enjoyed discussing Brazilian cuisine. She did, however, politely decline my offer of hormigas culonas (which my sister-in-law just brought back from Colombia and I had pocketed along as a snack). Libra has been open for just over three weeks now and although there’s some concern that Angelenos may be too accustomed to the churrascaria format to accept it, I think they’ll do well once word spreads about the quality, taste and presentation of the food. Maybe a 130-foot tall concrete and soapstone Jesus on the roof would help. Then again, maybe not.

NOTE: This meal was a press review event

5 Responses to Selling Brazil by the Pound